In the world of 3D printing, firmware is special software that governs how your 3D printer operates by reading G-code commands from the sliced model. It is found on the printer’s mainboard and is available in a number of varieties, including Marlin and RepRap, each of which has its own advantages and features. It is important to make sure your firmware is up-to-date otherwise problems can arise.

This can be done by downloading the latest firmware files, moving it to the USB disc that came with your printer, inserting the USB to your printer, and printing the files. The process can sound intimidating to a beginner, but it’s fairly straightforward.

Keep reading to find out more!

Why Is Firmware Important?

Your 3D printer’s most basic operations, such as the stepper motors’ movement, the heaters’ activation, and even the speed at which it prints, all require millions of computations that are only possible for the firmware to execute.

Your 3D printer would not really know what to do or how to do it if it were not for its firmware. Take the G-code command “M109 S200,” for instance.

Your 3D printer’s firmware will identify it and understand what to do after you put it in your G-code terminal. In this instance, it will increase the hot end’s desired temperature to 200°C/392°F.

That was merely a brief explanation; in reality, the firmware is capable of processing G-code directives that are much more intricate than that. That’s simply how your 3D printer works and produces those famously miraculous prints.

How to Update Your Elegoo Mars Firmware

Get The Firmware Files

In order to make sure you get the most out of your 3D printer, it’s important to update it to the latest firmware. Having the latest firmware ensures you have all the latest features and improvements available. Elegoo releases new versions of its firmware regularly on its official website.

However, as someone who is new to the world of 3D printing, having to update your 3D printer’s firmware can seem intimidating. In this article, we’ve created a detailed guideline for you to update your Elegoo Mars firmware step-by-step. Keep reading below.

In order to update your Elegoo Mars 3D printer, all you need is your printer and a USB stick.

You’ll find the support files onn the official Elegoo Mars websites. Once you get the printer’s firmware files, you have two options. You can either download all the files on the USB stick that came with your printer, or you could download the firmware update. 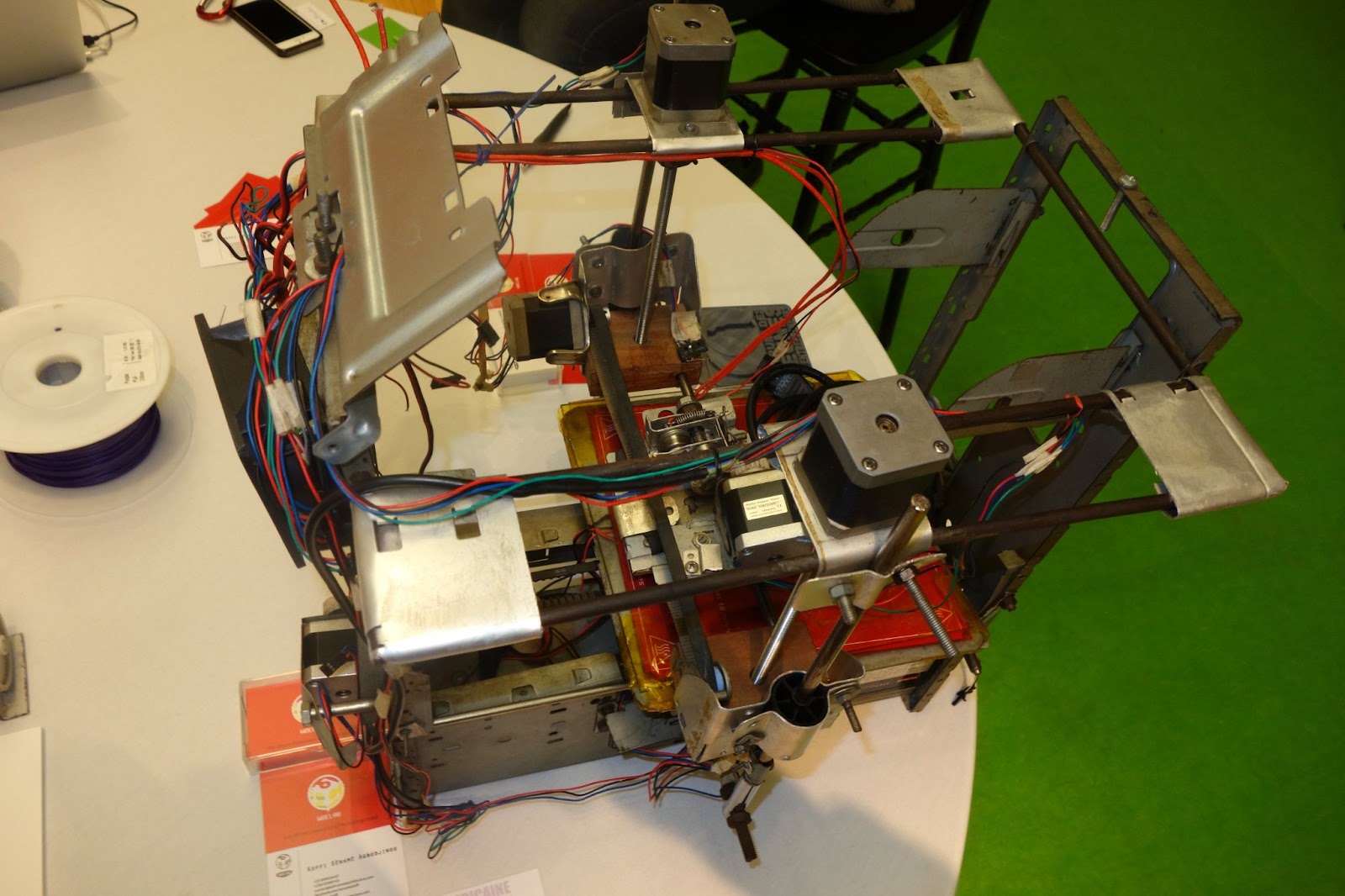 How To Identify The Firmware Version

At this stage, it’s important to make sure that the firmware available on the website is a later version than the one your printer is currently running.

To identify what version of firmware your printer is currently running, start your printer and do the following steps:

If the firmware available on the website is a later version, all you have to do is click on the link and download the zip file.

Once you’ve downloaded and extracted that file, you simply need to copy the files and upload them to the root directory of your USB.

Once you’re done with that, follow the instructions below:

Automatic LCD updating will occur; upon a successful update, a beeping sound will be heard, and the device will restart.

Print the following files on the printer in the sequence listed below.

After following these instructions, reboot the printer to make sure all the updates were applied properly. Recheck the version of the firmware that the printer is currently showing.

To recap, this can be done by going to: System -> About -> Check the start and end of the third line.

It’s important to make sure that the firmware you are downloading is for the right printer. The above-mentioned link is for the Elegoo Mars 3 printer, but if you’re looking for an update for (let’s say) the Mars 2, then you can go to the support tab on the webpage and click on “Firmware, Software, & Tutorial”.

This will take you to a webpage where it shows files & instructions for all versions of the Elegoo printer such as the Mars Pro or Saturn. Depending on which version you have, click on one of the options and follow the same instructions. It’s really important to do this otherwise the wrong files can render your printer useless.

Related: Do 3D Printers Come With Software? Here Are the Facts

Other Types of Firmware

People typically use a variety of 3D printer firmware. Let’s look at a few of the more typical ones in the list below.

Marlin is open-source software that is primarily made for 3D printers that employ fused deposition modeling (FDM) and the Arduino platform.

The firmware handles all of the machine’s real-time operations, including sending movement coordinates to stepper motors through the stepper drivers, controlling heater elements, sensors, and lights, and monitoring bed leveling, LCD displays, and buttons.

The firmware executes G-code formatted coded commands and instruction sets on the 3D printer’s control board.

The overwhelming majority of the 3D printing community today uses Marlin as their 3D printer’s most well-known firmware. Marlin is typically the default firmware for 3D printers, though users may want to upgrade it over time.

Because Marlin contains some appealing qualities that other firmware does not, it is the preferable choice. First off, Marlin is quite flexible, so you can easily add your own custom features to it.

It also offers significant community support and extensive information. This means that getting Marlin set up is simple thanks to the abundance of online instructions and tutorials, and since Marlin is so widely used, it’s simple to locate other individuals who share your interests and can assist you in your 3D printing endeavors.

Another well-known brand in the 3D printing community is the RepRap firmware, which was first developed for the pricey and sophisticated 32-bit Duet control board, which has a number of high-end capabilities.

For experienced 3D printing users in RepRap, there are many features. One of these is precise step time creation, which is very beneficial for quick, accurate, and high-quality 3D printing. Another is dynamic acceleration adjustment.

RepRap is frequently chosen over Marlin because it is so simple to configure. There is a special web configuration tool that links to your firmware and makes it very simple for you to change it. Marlin is unable to accomplish this. 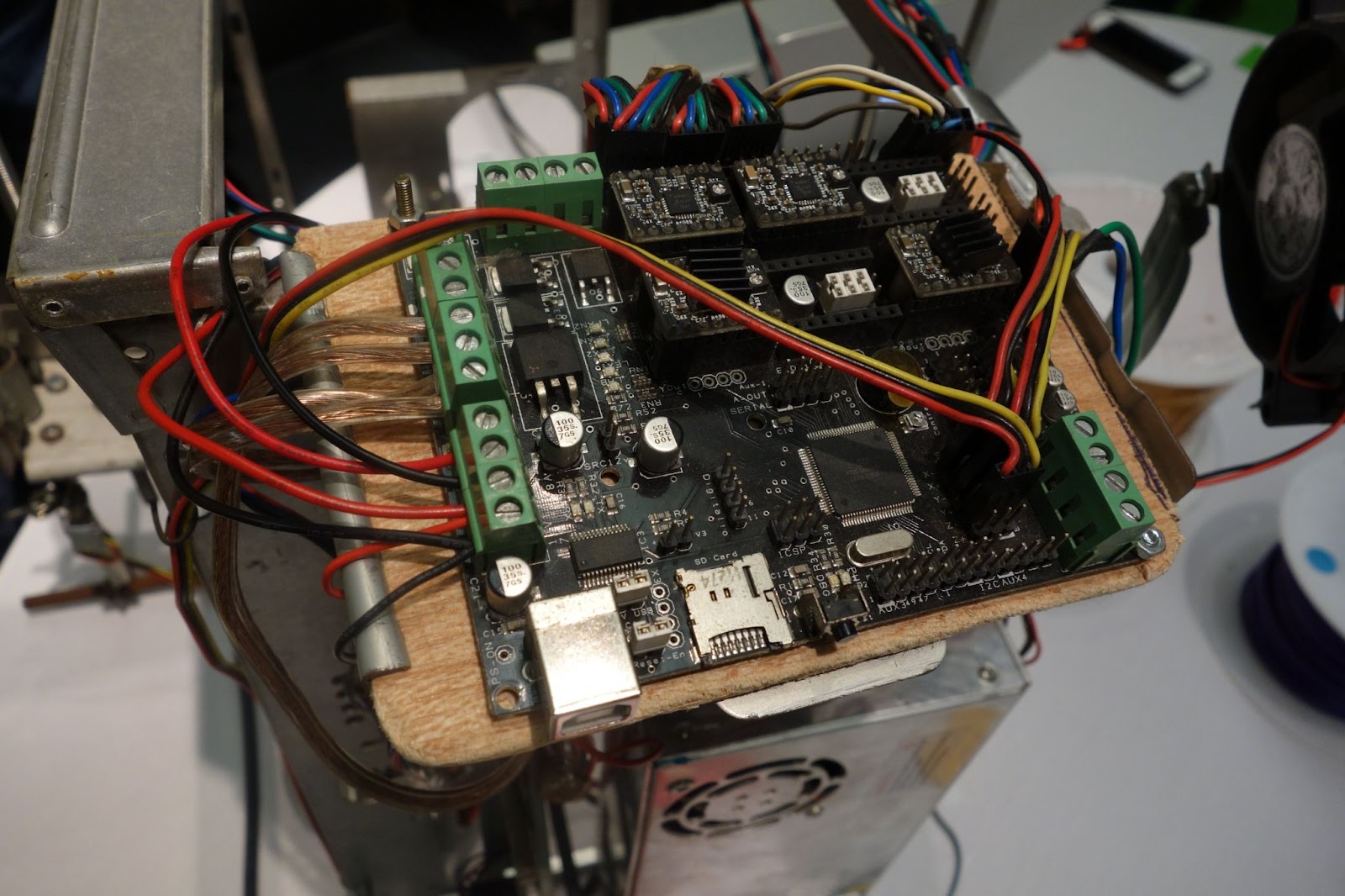 The sophisticated features of Klipper, such as input shaping, lessen the negative effects of stepper motor vibrations on the print quality. This allows it to print at faster speeds while still maintaining fantastic quality by removing this rippling appearance from prints.

Another distinctive feature of Klipper, called smooth pressure advance, lessens oozing or stringing and enhances the printing of your model’s edges. Additionally, it keeps the procedure more reliable and stable, ensuring that the print quality is never affected.

This firmware outsources the complex calculations to another single-board computer, like the Raspberry Pi. Using extremely precise stepper motor movements enables the firmware to print more quickly and with higher-quality results.

Unlike RepRap firmware, Klipper firmware is compatible with 8-bit boards and is supported by the majority of Cartesian and Delta 3D printers. Although it is simple to use, Marlin offers more support in the form of documentation.

Klipper operates with virtually any board on the market and supports both 8-bit and 32-bit boards. It is also gaining increasing attention among individuals who want to begin building their own do-it-yourself 3D printer and require feature-rich firmware to install.

Related: Why Is Your 3D Print Taking So Long? 7 Ways To Speed It Up

If you’re searching for dependable, high-quality firmware with lots of features, Repetier is a fantastic alternative. The majority of boards are supported, it is extensively compatible, and it is simple to tailor according to your needs.

The firmware may be modified with ease and convenience using Repetier’s web-based configuration interface, just like with RepRap. Repetier-Host is another slicer created by the creator of Repetier.

A successful printing process with fewer problems is attributed to the combined use of the Repetier firmware and Repetier-Host. Additionally, it is an open-source firmware that continuously receives fresh features and upgrades from the creator.

What is 3D printer firmware?

The firmware is the computer program that the 3D printer’s microcontroller uses to function. Its function is to convert the data in a G-code file into electrical impulses that turn on or off components of a 3D printer.

Is it important to upgrade the 3D printer?

It is advised to always update your printer’s firmware to the most recent version in order to benefit from the newest features and performance enhancements.

Can you 3D print in a bedroom?

You shouldn’t install a 3D printer in your bedroom unless it has excellent ventilation and a HEPA filter.

Updating your Elegoo Mars printer’s firmware is a pretty easy and straightforward process. If you do decide to do it yourself, just make sure that you follow the correct order and that you use the correct files for their designated printer.

You may notice some changes in your printer after the update such as a difference in font or perhaps some bugs that have been fixed. But most of it will be the same as before.

Software issues in 3D printers are common. But because they are easier to diagnose than hardware issues, it is also harder to fix them. One such issue is the Elegoo Mars 2 Pro not recognizing CTB...

Continue Reading
link to Why Is My Anycubic Kobra Not Sticking to Bed? Answered

The very first layer of your design must be firmly bonded to the printer's print bed in order for the subsequent layers of your print to be constructed on top of it. Further issues will arise if...

I love everything about 3D printing, and enjoy sharing what I know with others. The 3D Bros is the number one resource for learning about desktop 3D printing, and for making your prints as perfect as possible.

This site is owned and operated by Python Digital LLC. the3dbros.com is a participant in the Amazon Services LLC Associates Program, an affiliate advertising program designed to provide a means for sites to earn advertising fees by advertising and linking to Amazon.com. This site also participates in other affiliate programs and is compensated for referring traffic and business to these companies.